The Road to Retreat Just Got Better! 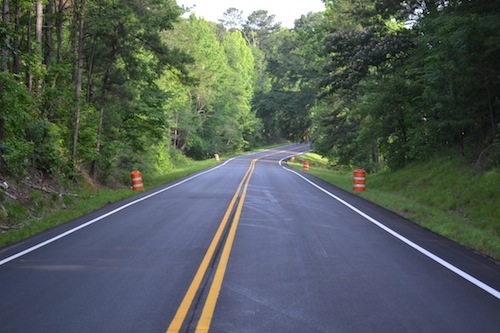 The Georgia DOT recently finished resurfacing and re-striping Mooty Bridge Road (State Route 219). The project was started in March and completed near the end of May. The project consisted of 16.158 miles of milling, inlay, plant mix resurfacing, single surface paving and shoulder rehabilitation on SR 219 beginning just north of Downtown LaGrange and extending north to its intersection with SR 34 in Heard County; near the City of Franklin.

The contract was awarded to CW Matthews Contracting Company of Marietta, Georgia, for $2,928,635.87.  Great to see continued infrastructure improvements in Troup County!

This entry was posted in Retreat News. Bookmark the permalink.

One Response to The Road to Retreat Just Got Better!