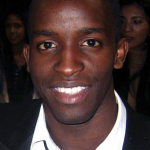 Hollywood star Elijah Kelley was in his hometown of LaGrange Friday to open his latest movie, “Red Tails”, in which he stars as LaGrange resident Samuel “Joker” George. 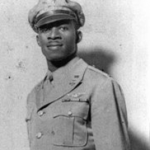 During the visit we also learned more of Willie Howell Fuller, of the Tuskegee Airmen, who was born in Tarboro, N.C. He enrolled in Tuskegee Institute in Alabama, earning his B. S. When Pearl Harbor was attacked he decided to enlist and entered the United States Army Air Corps at Tuskegee. He became a member of the Tuskegee Airmen and flew 76 combat missions as a fighter pilot and was awarded the Air Medal with Oak Leaf Clusters. Fuller returned to LaGrange to become a contributing citizen and community leader.

Elijah Kelley, who got to know many of the surviving Tuskegee Airmen while starring in the movie, said “It is important to him that the movie does justice to their remarkable accomplishments, both during the war and beyond.”

Kelly, a graduate of Troup High School, was at the Legacy Museum and Troup County Archives Friday for a free reception to unveil a Tuskegee Airmen exhibit. Afterwards Kelley greeted fans and signed autographs at the Carmike 10 Theater – just down Main Street from the office of Retreat on West Point Lake.

This entry was posted in Retreat News. Bookmark the permalink.